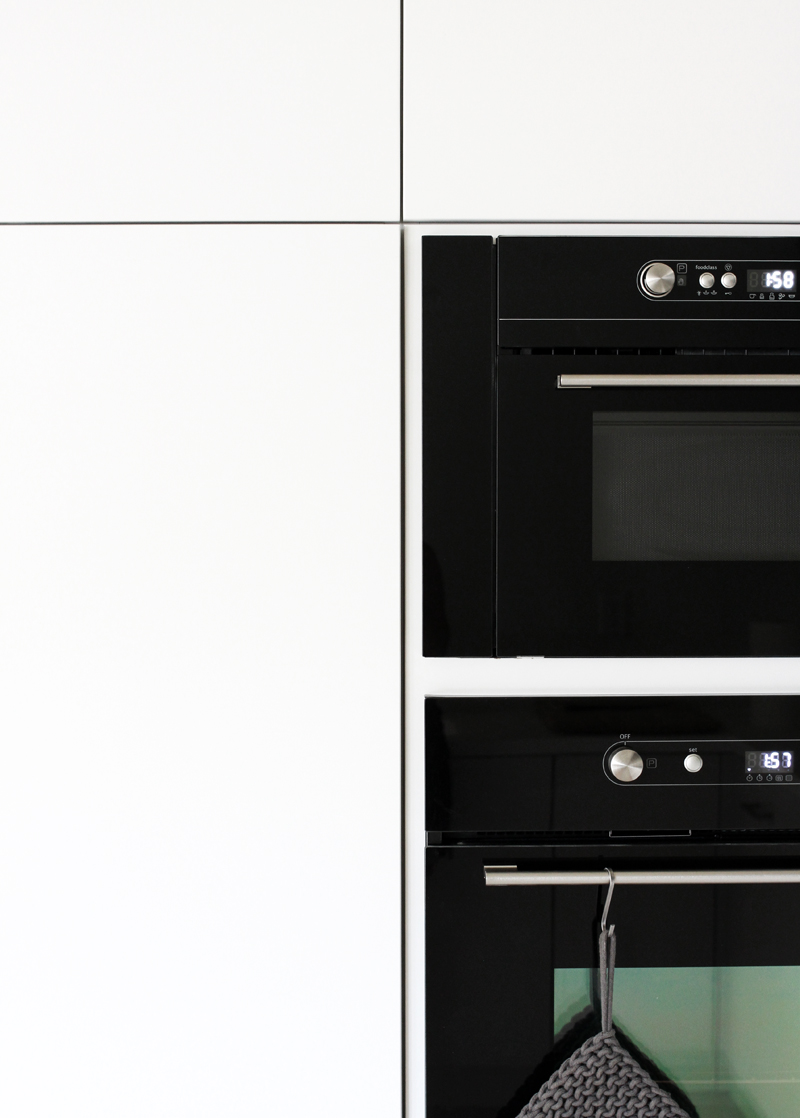 I’ve been talking about this for weeks but haven’t shown you anything, so here’s a peek at the progress we’ve made so far. I have had this exact layout in my head for the past two years so it feels surreal to see it come to fruition, albeit slower than we thought it would be.

We began December 9th with the demolition of our old kitchen, I promise I’ll show you ‘before’ pictures for the big reveal. They’re hideous. 🙂
From there we had initial plumbing & electrical work done as we moved our sink and oven over to different walls. Then we removed a small wall and the old flooring, replacing it with the white washed flooring we have in the rest of the house. I didn’t want a different hardwood flooring as we were opening up the space to the house, I wanted one continuous floor material.
From there we had to have the walls re-sheet rocked and textured to match the rest of the house. Ideally I would have no texture but we have to match what the rest of the house already has.
At this point we were about a week into the process, dishes were packed away and we were living off of sandwiches and toast-all made on the dining room table. Fun huh?
The first weekend our boxes for the cabinets were installed and the following Monday the counters were templated. We purchased the counters in November but found out they can’t be made/ordered until the cabinets they will sit atop of are templated, just in case there is a bowed wall or cabinet base.
And then silence…for almost a week we had no work. No appliances still, no shelves, just a refrigerator and empty boxes where cabinets would soon be. Everyone said it was crazy to do this so late into my pregnancy and they were probably right, but I didn’t want to be doing this with a newborn so I had my mind made up!
After that week of waiting for progress our cabinet shelves, drawers and doors were installed! It was finally looking like a kitchen again. Then came our new microwave & oven (pictured above) so at least we could start baking food again!
Until our countertops arrived we used plywood, which wasn’t too bad but it definitely looked incomplete. And just this last Thursday those counters were put in, along with our cook top and sink. Yippee!
Thursday of this week will be one month exactly since we began the process. While the exhaust hood, dishwasher and sink still need to be connected I’m feeling more relieved that this whole process is coming to an end.

Still to do?
| install wall light above sink
| get trash bin
| have those remaining appliances connected
| touch up paint behind cooktop
| buy organizers for some drawers & cabinets

I’ve found renovations are not for the impatient (that is me!) and you need to expect the unexpected, or at least more time and certainly more money…