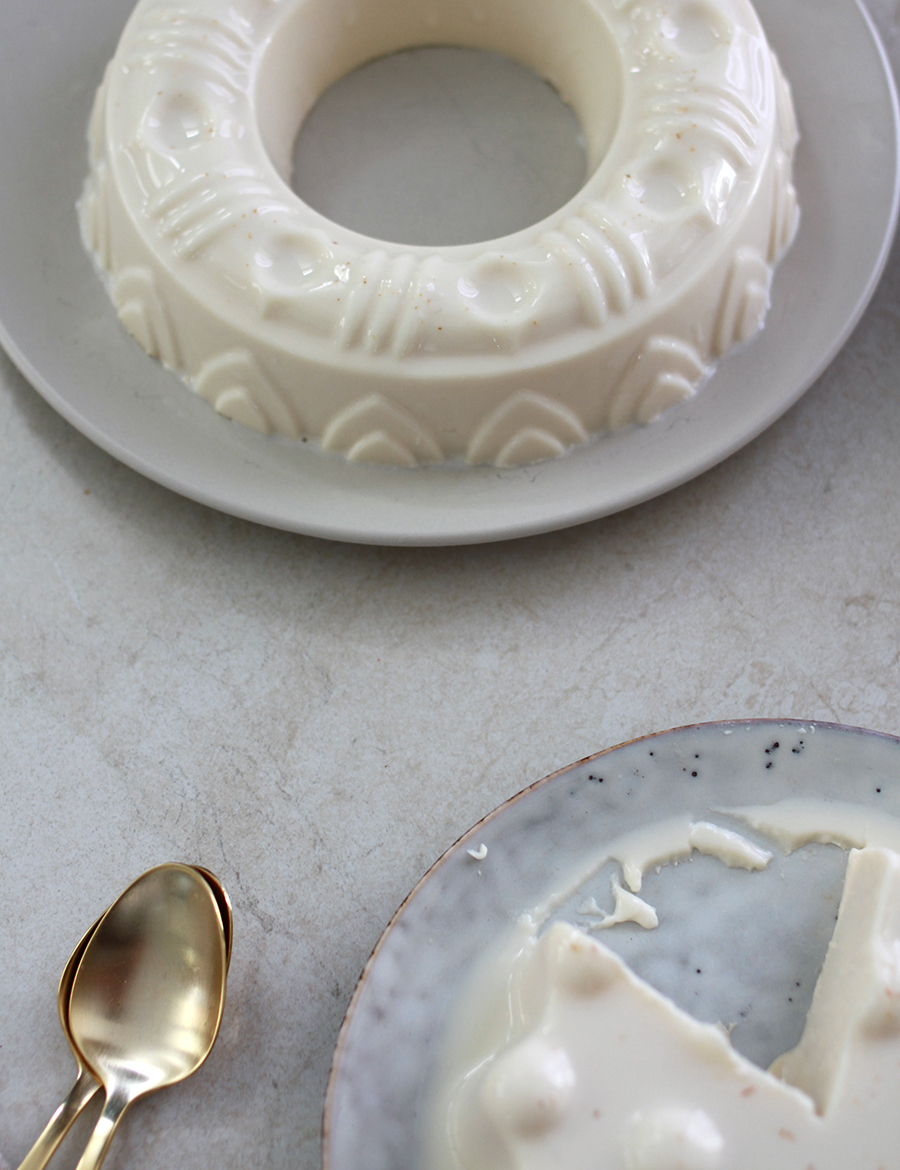 When I was a girl I remember eating Arroz con Leche, which is basically a Latino version of rice pudding, at my grandmother’s house or made by my mom. Sometimes she’s ruin it with raisins but mostly it had this sweet condensed milk and cinnamon flavor, the flavors of which is still incredibly nostalgic for me.

So last week I came across a recipe that is pretty much the jello version of this called Gelatina de Leche or Milk Jello. Wait, jello?! Who makes desserts from jello anymore? This isn’t the 1960’s!
Well maybe lack of trendiness made it all the more intriguing for me to try and when I showed the recipe to my mom she said my grandmother used to make this. Of course she did!

In part because my family-isa recipe to resurrect and after buying 2x the supplies, just in case the first effort didn’t turn out, along with three stops at thrift stores for old copper jello molds, I was ready to give it a try. If you follow my Stories on Instagram then yesterday you saw Elin helping me and part of the process, ending with my son jiggling the set and unmolded yellow creation.

It tastes like my childhood and so I thought I’d share because, being a cold dish, it just might be the perfect dessert for a summer night. The recipe I used was found here, where their flawlessly bright white jello doesn’t resemble my own in the slightest! Even though I removed the cinnamon sticks after 4 mins, part of them separated and then sunk to the bottom of the mold while chilling. I’m sure straining the mixture before refrigerating would have prevented this, but the recipe never called to do so. Also, how is theirs so white?! I used the table cream, just like the recipe asked for, and it has a very oyster white color that keeps this from being a true, stark white.

Regardless of the aesthetics I thought it was good, so here you are with the directions:

/Start by blooming 4 or 5 tbsp of unflavored gelatin (reduce the amount to 4 tbsp if you don’t want it as firm) in the cup of cold water.
/Then in a medium saucepan add milk and bring to a boil. Once the milk reaches boiling point, add the cinnamon sticks, reduce the heat and simmer for about 4 minutes. Remove from heat.
/Using a slotted spoon, remove the cinnamon sticks, add in the unflavored gelatin and whisk gently until completely dissolved. Mix in the condensed milk, crema mexicana and vanilla extract, stirring until everything has been fully combined.
/Pour your mixture into your mold and refrigerate for about 4-5 hours until firm.
/Unmold your jello by dipping in a larger bowl of hot water for 3 seconds. Place a plate ontop of your jello and invert. Garnish with fresh berries, or not. 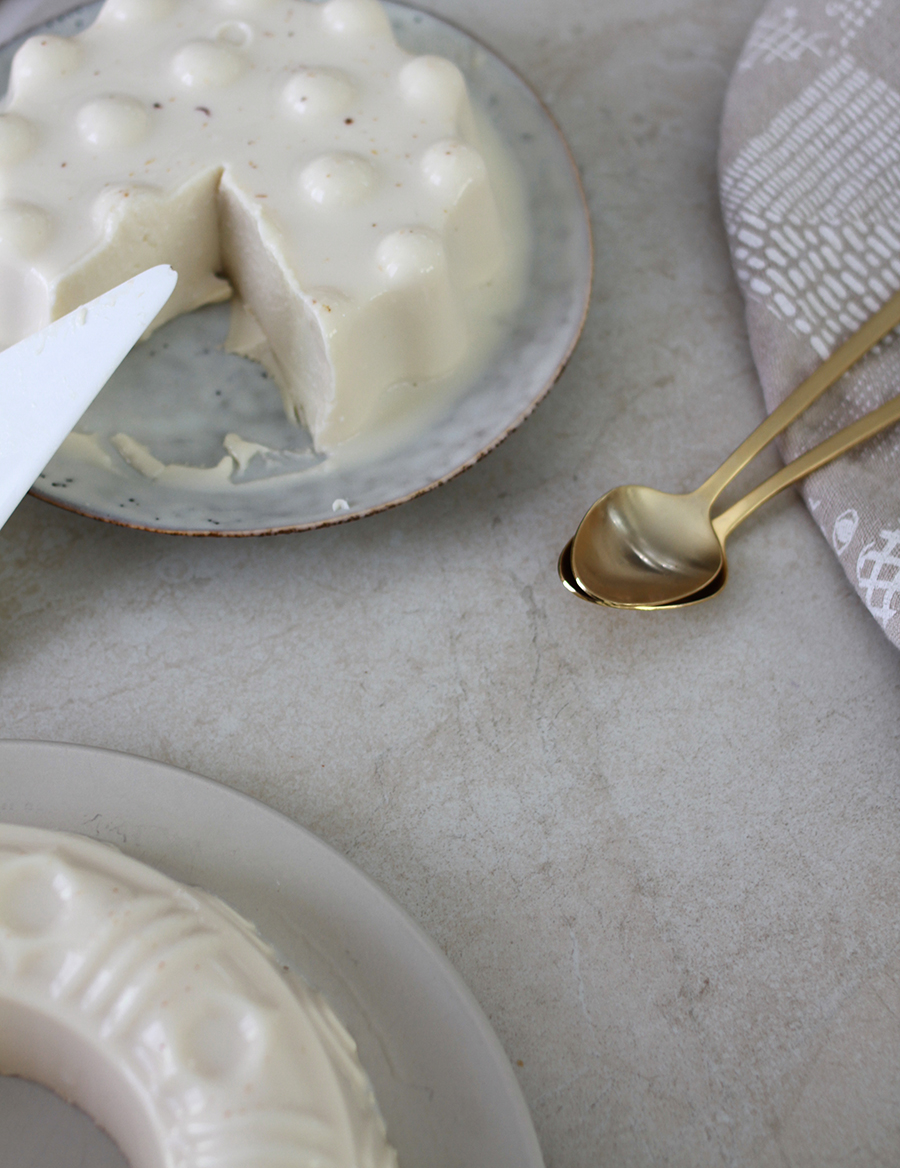